Hon Hai Technology Group said that its Foxconn Technology Group signed a strategic cooperation framework agreement with Bayern motors and Nanjing Economic and Technological Development Zone to accelerate the mass production of Bayern's first model m-byte and strive to achieve mass production of m-byte in the first quarter of 2022.Earlier in the day, according to a report by the Peng Bo news agency, Foxconn plans to invest 200 million US dollars in the new power of car making, which has fallen into a standstill before. If the investment is reached, the money will become the life-saving money of the car.

However, Taiwan Economic Daily pointed out in the report that the scope of the cooperation agreement signed by the two sides is limited to business cooperation, and there is no direct investment relationship so far, that is, there is no investment of US $200 million. Liu Yangwei, chairman of Hon Hai Technology Group, said that the cooperation with Bayern is an important part of Hon Hai's layout of electric vehicle field, and Hon Hai will try its best to help Bayern m-byte mass production as soon as possible and get on the stage of electric vehicle in the world. 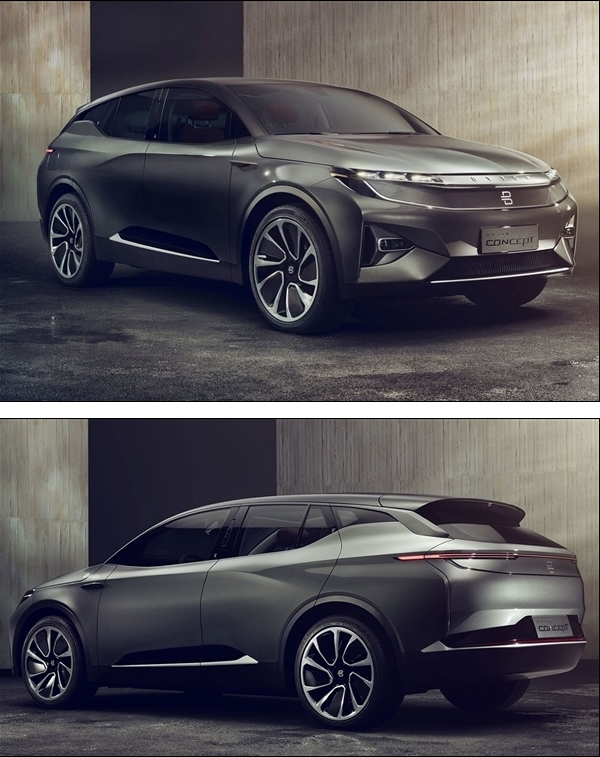 According to Taiwan Economic Daily, Hon Hai Technology Group will provide manufacturing technology, operation and management experience and industrial chain resources to be applied to the operation and management of the original Bayern car factory. In addition, Hon Hai's technology cooperation can also drive the development of electric vehicle components. It took only two months for the two sides to contact and sign the contract.

Baiteng automobile, formerly known as FMC, was founded by Dai Lei, the former general manager of Dongfeng Infiniti Automobile Co., Ltd. in 2016. It is one of the earliest new car building forces. M-byte, the first mass production model of Bayern motor, appeared at the US consumer electronics show in 2019. Daley once said in an interview in November 2019 that the model will be officially put into mass production in mid-2020. However, after burning up 8.4 billion yuan of financing, the m-byte model has not yet been delivered in mass production.

On June 30 last year, Bayer Motor announced that all companies in mainland China will stop production from July 1, 2020, leaving only a small number of employees on duty. The shutdown period is expected to be six months.

Surging news learned from employees of byton automobile that on December 31 last year, byton automobile issued the notice of suspension of production in China by e-mail. According to the email, after six months of shutdown, all companies in China (excluding Hong Kong) (hereinafter referred to as "the company") still do not have the conditions to resume work and production. After research, it is decided that the shutdown period will be extended for six months from January 1, 2021 to June 30, 2021.

It is said that Foxconn and Baiteng discuss financing issues: mass production of m-byte is planned in the first quarter of next year

Related news
Trying to get rid of the fate of OEM
Taiwan media: Foxconn signs strategic cooperation agreement with Bayer motor to push forward mass production in the first quarter of next year
Hot news this week
Thousands of stores in Xiaomi's home set sail in the new decade
Replacing Dell, AWS takes the lead in the global storage market, and azure ranks third
Chicken farm monitoring becomes popular: hawk catches chicks and is killed by four Roosters
40 year old programmer sentenced to 7 years for "deleting database": 9 TB of financial data was deleted without notice
The first mass production scroll screen mobile phone is set! LG confirms to release this year: or adopt BOE screen
What is the experience of working in a big factory? Huawei, Alibaba and Baidu employees said so
No reason for wechat to ban flying: Hope Tencent to stop interfering in the order of public opinion dissemination
ASUS launches Rog flow x13, Zephyrus duo 15 Se and Strix scar 15 / 17 playbooks
The most polite lane change car rear window barrage fire netizen: female driver standard
Chrome 88 new feature exposure: View PDF document properties
The most popular news this week
Trumpra black millet! In the last week of his term, he also asked us investors to withdraw their capital before the "double 11"
Guo Mingxu exposed iPhone 14 Pro / Max: will use VC cooling system
Can we use the energy of a black hole? Or it can solve the energy problem
Cloudlinux renamed its CentOS derivative project lenix as almalinux
Raise your hand and pay directly! Huawei smart payment added wechat payment: mate 30 / 40 series can be used
From the migration of PC value chain to see the logic of Baidu's car making
IPhone 13 series named iPhone 12s: price too conscience?
CES 2021: Kingston introduces new nvme SSD and USB 3.2 mobile SSD
Goldman Sachs "touts" Tesla wildly: failure recall of central control does not need to care about reiterating "buy" rating
The price of chelizi is reduced to 24.9 yuan / kg in Jingdong