According to foreign media reports,For years, U.S. police have been warning about the dangers of crowdsourcing detective work, but on Thursday morning, the Metropolitan Police Department (MPD) in Washington, D.C., decided to do so.After an unprecedented mob attack on the Capitol building, the police publicly called for help in identifying targets. The Department distributed an e-pamphlet with 26 pages of faces from the attack and a hotline number that anyone can help identify.

The FBI made a similar request, although neither agency made an effort to arrest anyone for the photos. 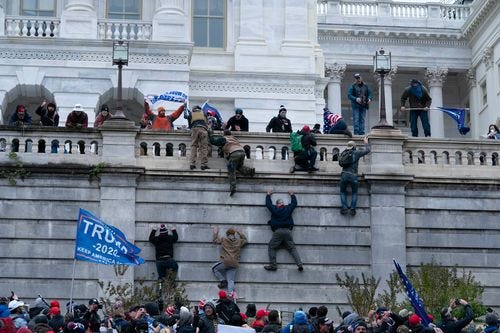 Given the nature of the attack and the failure of congressional police to detain or deal with the intruders, this led to a nationwide digital manhunt. Hundreds of photos, videos and live broadcasts recorded the incident and revealed the faces of dozens of perpetrators. Now, researchers are quickly identifying and suing these people to reassert their control, and a large number of tweets, live streams and instagram posts on the Internet have captured the faces of the perpetrators. Unlike in the past, this is a more reliable version of Internet detective work.

In fact, there is a huge amount of video material about this rally, and just collecting it has proved to be a big challenge. Since the beginning of the attack, bellingcat, an open source intelligence agency, has been collecting first-hand media information about the attack. When the serious scale of the attack became clear, they disclosed the process to volunteers in the form of Google forms. Now, there are over 100 videos and 12 full-length real-time streaming media on the spreadsheet, all of which are ruthlessly monitored to ensure that copies and any recognizable faces are copied.

"Our goal is to gather enough information to understand what happened," says bellingcat researcher Nick waters. "An important part of it will be to investigate who led the attack on the Capitol. We've seen a lot of well-known far right members get involved. "

There is a similar project on reddit's data hoarders forum, where a volunteer has begun to capture and archive content on a large scale. A post released last night (January 6, local time) showed that 100 tweets and more than 12gb of data were added to a collective management seed.

This time, many of the people in the MPD digital lineup have been identified through this open source detective work. Reporter will Sommer earlier identified the most famous person who strolled in the Senate chamber and posed on the Senate podium as Jake Angeli, founder of qanon. Anti fascist activists identified Jason Tankersley and others. So far, most of the participants in the ID card have a clear connection with qanon or white supremacist groups.

At present, several companies have publicly severed contact with the employees found in the riot, but they have avoided naming in their public statements due to concerns about doxxing.