Recently, foreign media onmsft wrote a review article, pointing out that the upcoming windows 10x will become Microsoft's latest weapon against Google Chrome OS. Although Microsoft has invested a lot of manpower and material resources, it is still unknown whether it will succeed after its launch. 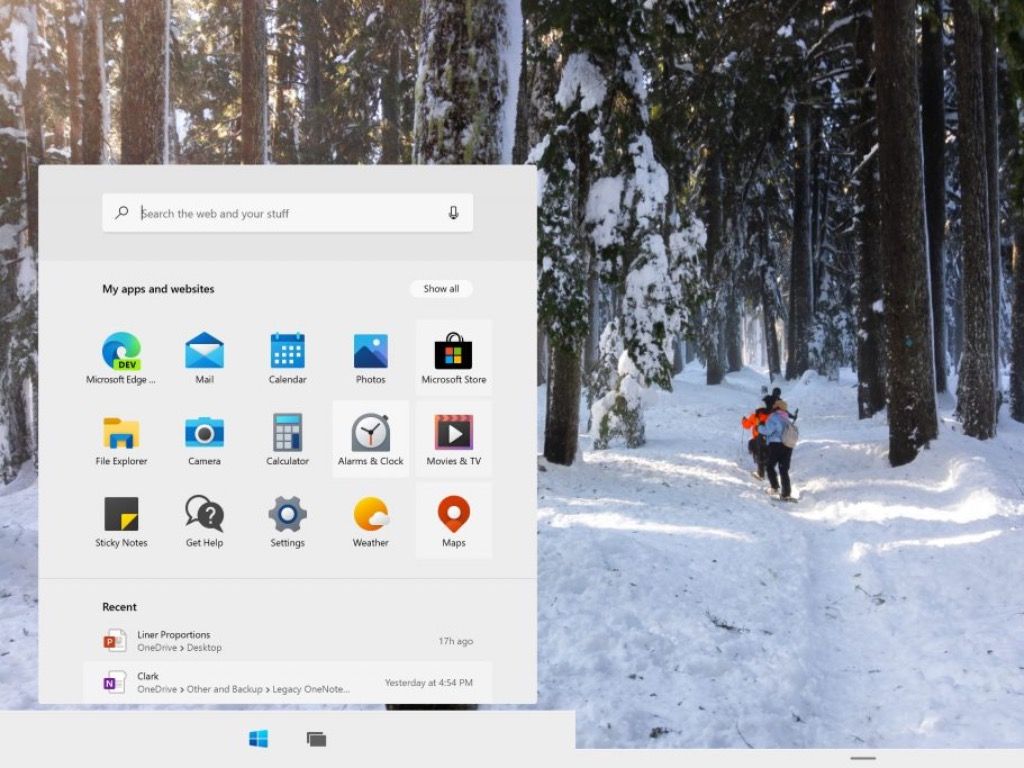 As early as may 2020, Panay said publicly: "on Windows 10x, we have redesigned around flexibility, which enables us to shift our focus to single screen windows 10x devices, and use the power of cloud to help our customers work, learn and play in new ways. These single screen devices will be the first manifestation of windows 10x that we provide to our customers, and we will continue to look for the right time to work with our OEM partners to bring dual screen devices to the market. ".

Since then, Microsoft has kept a low profile on Windows 10x, only testing the system internally. At present, we only know more through the reports of Zac Bowden, editor of windows central, and Mary Jo Foley, editor of ZDNet. According to the report, Microsoft described windows 10x as a competitor of Chrome OS and will focus on network applications. Customers can run Win32 applications through streaming media and can safely run applications in containers.

The threat of chromebook

When Ballmer was at the helm of Microsoft, Chrome OS and chromebook were not widely accepted in the market, and they often ridiculed these devices in scroogled activities. At that time, Chrome OS was considered to be just a beautified web browser. However, after years of development, Chrome OS has become very powerful. It not only supports Android and Linux applications, but also can be used through InternetParallelsDesktop for chromebook enterprise virtualizes Windows applications.

That's why windows 10x is targeting Chrome OS, which is easy for IT professionals to manage by running lightweight Windows systems on low-cost devices. Although Microsoft has kept a low profile on Windows 10x since May last year, windows 10x will become one of Microsoft's biggest bets this year.

Get rid of traditional windows components

We all remember the gorgeous presentation of windows 10x on surface Neo, when the operating system looked like something designed for dual screen devices from scratch. Microsoft then released a Windows 10x simulator in early 2020, which has been reported on our website before.

With this new operating system, Microsoft will abandon all kinds of traditional components, such as control panel or windows file explorer, so as to make the system lighter and easier to update. Microsoft's goal is to get rid of all the tedious things that make windows 10 PC work, and get rid of all the worries that Google emphasized in its excellent advertisement for chromebook many years ago.

And in fact, it's just the opposite, because of the compatibility problems of traditional windows applications and drivers, the experience is very bad. Windows 10x can't run traditional Win32 applications when it is released, but Microsoft is developing a new container technology to make these applications run safely on Windows 10x devices.

After the failure of windows RT and windows 10 s mode, many users have such a question: will windows 10x repeat the same mistake?

The name of windows 10x itself is confusing. Why can't this windows based system run its favorite windows application at the beginning of its release?

Microsoft may also avoid another risk on Windows RT. the first batch of windows 10x will be targeted at enterprise / educational users who support azure ad accounts and are interested in Chrome OS alternatives. According to Zac Bowden of windows central, consumer oriented windows 10x devices will appear later.

It's not clear whether Microsoft will allow windows insiders to test windows 10x and share their feedback before it's released. Similarly, the operating system will make its debut on new devices for business and educational customers, and it is likely not something that windows enthusiasts can install on their machines.

However, some functions of windows 10x, such as the redesigned operation center and file explorer, may eventually appear on ordinary windows 10. It is expected that later this year, windows 10 will also usher in a large-scale design update code named "Sun Valley".

Related news
Whether Microsoft can successfully bet windows 10x against Chrome OS is still unknown (Figure)
Hot news this week
Swati Mohn: the star behind NASA's historic Mars landing
International payment giants deploy digital currency one after another, visa has supported 35 digital currency service providers around the world
Windows 10 update coming: Microsoft solves high memory, blue screen, screen rendering and other problems
Former Harvard professor bombards Chinese scholars: academic "touch porcelain"! Response: the person concerned has been dismissed
Guan Guisen, chairman of China youzan, resigns from his post in connection with a criminal offence and returns 28 million yuan of illegal income
Baidu releases Q4 financial report in 2020: Apollo intelligent transportation and intelligent driving develop at full speed
According to the news, Xiaomi has already had a number of automobile related patents and trademarks before deciding to build the car
Don't change the plane, Lenovo Chen Jin: it's suggested that waiting for the rescuer will bring the most thorough solution of Xiaolong 888
The 27 year old Chinese boy became famous in the first World War! Making the most accurate prediction model of the new crown in the United States
Baidu financial report teleconference record: CEO and brand of electric vehicle joint venture with Geely have been determined
The most popular news this week
Smart phones don't need "two screens"
ASUS lingyao x dual screen experience: This screen is not a large touchbar
Millions of people are looking forward to the appearance of new Xiaomi folding screen machine. MIUI has been adapted
Huawei releases F5G super site to build high speed entrance to digital world
Network signal is not strong enough? Are you worried about family protection? Beijing Mobile launched a number of smart home products to build a smart new life
After 13 years, why can't "Chinese stomach" fatten up the overseas Asian super market?
Never sold a car! Lucid, known as the "Tesla killer," is valued at $56 billion
Top selling smartphones in 2020
A new image of willpower: dust from its descent on Mars (photo)
Gnome 40 beta release: shell and mutter usher in significant improvements (Figure)