In the in-depth investigation of solarwinds incident, Microsoft found that some internal accounts were obtained by hackers, and visited part of the company's source code. Now, a hacker is selling the windows 10 source code for $600000, but he can't be sure of its authenticity. 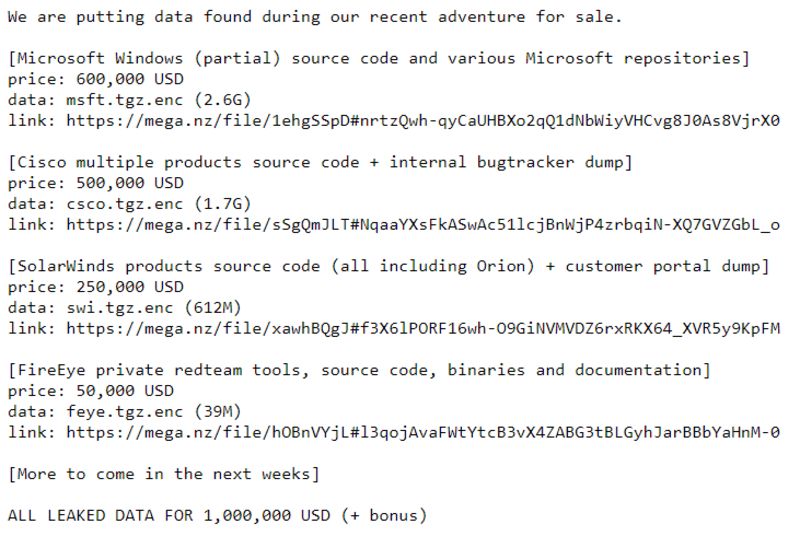 Jake Williams, a security researcher at rendering infosec, reported the news, warning that the hackers appeared to be from shadow brokers, a well-known Russian hacking organization. But they may be to confuse the public and not really have access to these source codes.