According to foreign media reports,The white house set up an office on Tuesday local time to coordinate AI research and policy-making among government, industry and academia. It is called the national AI initiative office, will implement the national AI strategy under the leadership of founding director Lynne Parker. In addition, Parker is the deputy chief technology officer of the United States.

The office of science and technology policy of the White House was established under the national AI initiative act of 2020, which sets out a series of policies and initiatives aimed at ensuring that the United States maintains a leading position in the field of global AI technology, which was passed earlier this month as part of the defense authorization act of 2021. 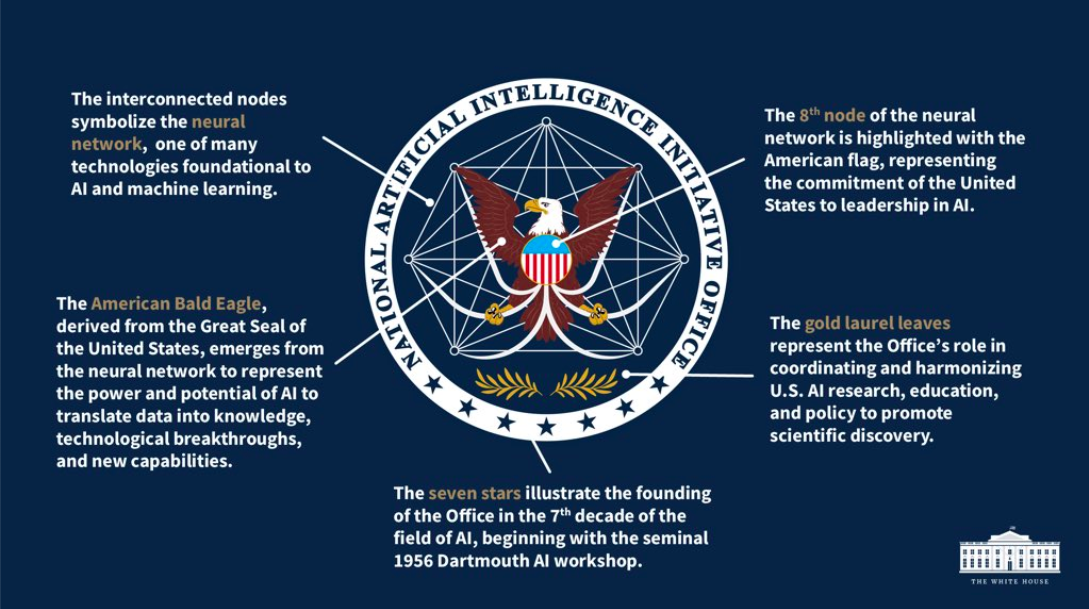 It is reported that the national AI initiative act 2020 codifies the US AI program to help increase research investment, improve access to computing and data resources, set technical standards, establish labor systems and cooperate with allies.

Related news
Microsoft stopped the Office 2019 family licensing program: replaced with Office 365 30% off subscription
Big house saves money! RMB 299 millet, ax1800 can be matched with ax3600 mesh
The White House announced the establishment of the US National AI initiative Office
Hot news this week
The 27 year old Chinese boy became famous in the first World War! Making the most accurate prediction model of the new crown in the United States
Li Xiang's internal letter: ideal to become the first intelligent electric vehicle in China in five years
158 questions were asked: for the first time, scientists found that dreams can answer math problems correctly
Reuters said Huawei plans to launch its own brand of electric vehicles, which Huawei once again denied
Sequoia was attacked by hackers on Friday: personal and financial information may have been stolen by a third party
Behind Baidu's market value breaking 100 billion US dollars: from driverless Huangpu Military Academy to car making
Qualcomm continues to join hands with global leading audio brands to create a new era of wireless audio
Can byte beat become the third pole of Chinese games when the official website of the game goes online?
Shen Tengcheng, the first 20 billion box office actor in Chinese film history, has expanded his advantages over Huang Bo and Wu Jing
The US abandoning the safe harbor requirement of digital tax creates an opportunity for global agreement
The most popular news this week
Genesis launches nitro 890 e-chair at $389 / 359 (photo)
Zhao Ming, CEO of glory: more than 10 5g mobile phones on sale, all mobile phones in short supply
Fudge: the epidemic situation in the United States is still in a very dangerous situation
Notice that? Wechat new expression quit smoking
Tencent start cloud game Android version test: support "swordsman 7" and other 3A masterpieces
How to cancel lightning port? Apple is developing a network recovery model for the iPhone 13
Global chips in a hurry! Where will China go? Private equity giant's latest judgment
Hongxin's 100 billion chip investment plan is hopeless: lay off all employees today
Enjoy the new UI of windows 10 in advance? This magic tool has a beautiful appearance
Dong Mingzhu said that 3700 talent houses will be put in: as long as you work in Gree until you retire, this suite will be for you