After a few turns in place, the camera was aimed at different angles, and the helicopter safely returned to the surface of Mars. Overall, it stayed in the air for 51.9 seconds, compared with the initial flight time of 30 seconds.

JPL is now working on a third mission, which will further advance the process. 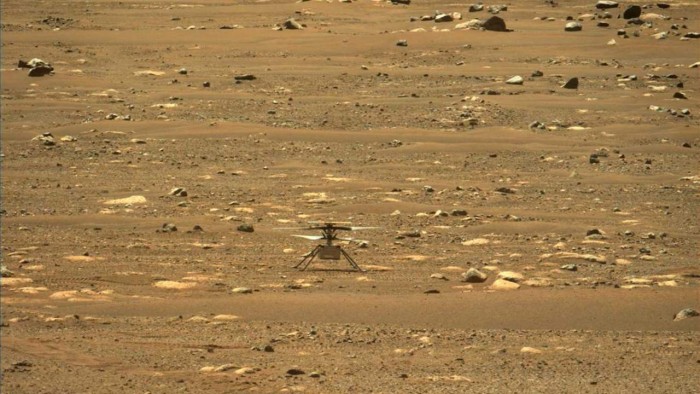 The ingenuity helicopter is similar to a small UAV; It's a technical demonstration, marking a new milestone for NASA, because it's the first time that humans operate a self powered aircraft on another planet. NASA explained that when it comes to flying helicopters on Mars, there are many challenges, the most challenging of which is the extremely thin atmosphere of the planet.

Despite these potential problems, the first ingenuity flight was very successful - it was also very moderate, giving the team the opportunity to collect data about the helicopter and its performance. The second flight was successfully completed by the end of this week, with longer duration, higher altitude and some maneuvers. With these two experiences, NASA is confident that ingenuity will make its third flight on Sunday, April 25.

This time, NASA will push ingenuity to a speed of about 4.5 mph and an altitude of 16 feet; The planned flight program will arrange for the helicopter to travel a distance of 330 feet. JPL said the interested public could pay attention to the details of the flight later on Sunday, hoping for a third successful flight.

It is speculated that the success of the third flight will directly affect the fourth flight, because it will give NASA the opportunity to collect as much data as possible. Ingenuity has no other exploration missions of its own besides flying, but its achievements will pave the way for possible future aircraft to collect data on the Martian environment.